In the site-specific mutant of human carbonic anhydrase in which the proton shuttle His64 is replaced with alanine, H64A HCA II, catalysis can be activated in a saturable manner by the proton donor 4-methylimidazole (4-MI). From 1H NMR relaxivities, we found 4-MI bound as a second-shell ligand of the tetrahedrally coordinated cobalt in Co(II)-substituted H64A HCA II, with 4-MI located about 4.5

from the metal. Binding constants of 4-MI to H64A HCA II were estimated from: (1) NMR relaxation of the protons of 4-MI by Co(II)-H64A HCA II, (2) the visible absorption spectrum of Co(II)-H64A HCA II in the presence of 4-MI, (3) the inhibition by 4-MI of the catalytic hydration of CO2, and (4) from the catalyzed exchange of 18O between CO2 and water. These experiments along with previously reported crystallographic and catalytic data help identify a range of distances at which proton transfer is efficient in carbonic anhydrase II.

It is the cover story of the issue in ABB! 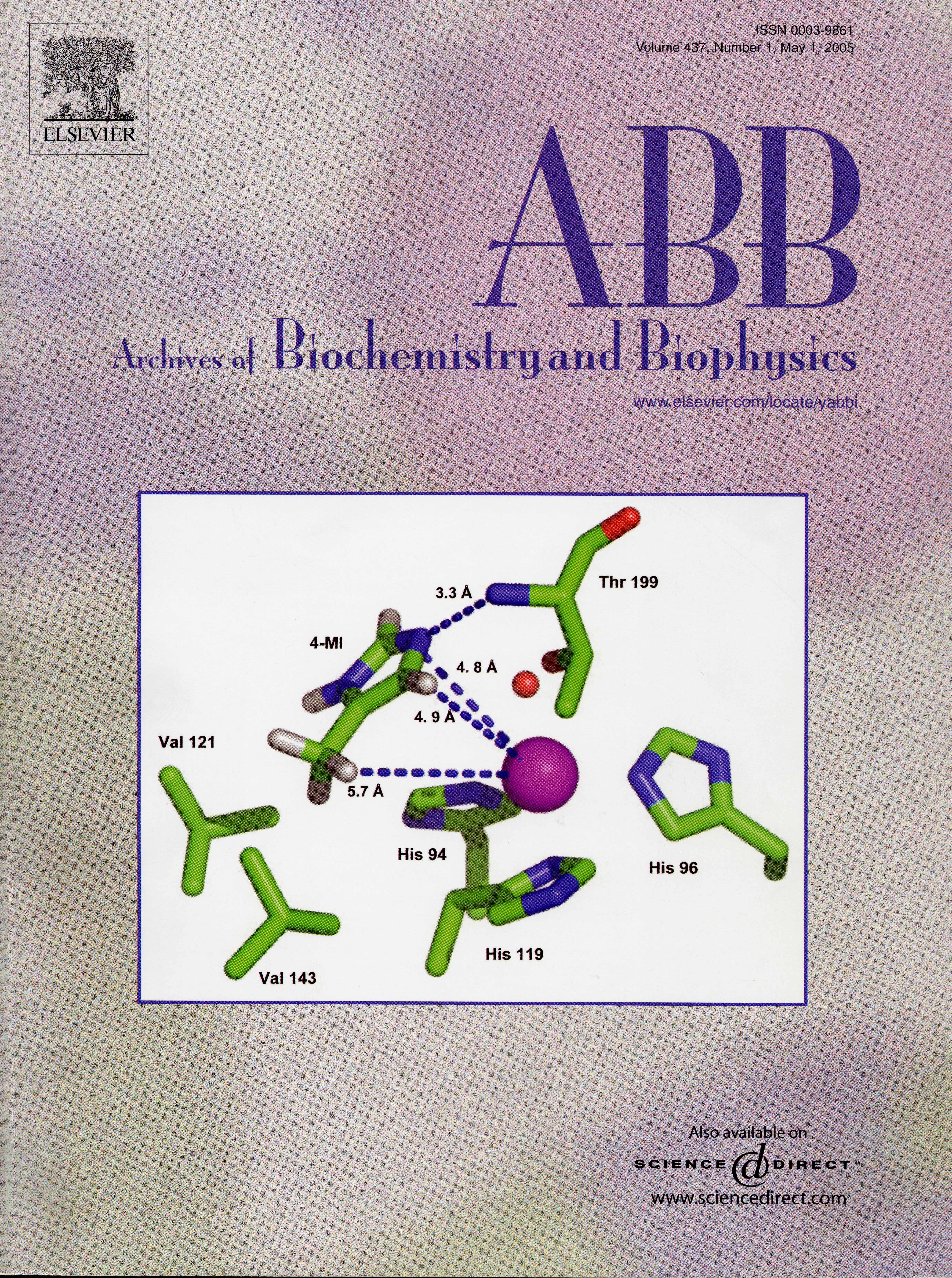